Each 15ml contains a package of 5 x 3 ml cartridges

What are Humalog Cartridges?

Humalog cartridges are filled with Insulin Lispro which is a fast acting man-made insulin. Insulin analogs are man-made used for the treatment of diabetes. Insulin Lispro is a fast acting insulin which is sometimes called a mealtime, or bolus insulin. This is because it is designed for use just prior to eating a meal to help prevent the fluctuations in your blood sugar levels that occur during and after a meal. Compared to naturally occurring human insulin, Insulin Lispro has a shorter onset of action so you have a shorter waiting period after injection before starting your meal.

How does Humalog cartridge work?

Humalog cartridge to work about 15 minutes after subcutaneous (under the skin) injection, achieving peak blood levels 30-70 minutes after, and lasts about two to five hours. It should be taken 15 minutes before your meal and, if necessary may be taken right after a meal within 20 minutes of the beginning of the meal).

Insulin Lispro’s mode of action is very similar to that of naturally occurring insulin. It is a hormone that controls your blood sugar levels by regulating the breakdown of food (sugars, fats and proteins) and promotes the absorption of sugar from the blood into your fat, liver and musculoskeletal cells. 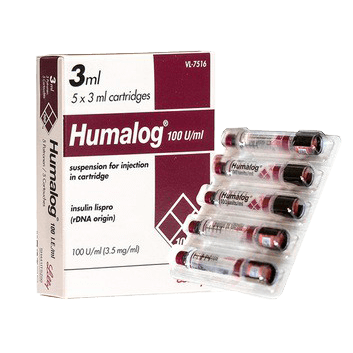 What is Humalog cartridge used for?

Humalog cartridges are filled with Insulin Lispro used along with the Humalog KwikPen, which is used in the treatment of type 1 and type 2 diabetes in adults and children. There is some evidence that it is also effective in preventing diabetic neuropathy, cardiovascular disease and diabetic nephropathy although it has not been approved officially for of any of these issues.

Insulin Lispro is indicated for the initial stabilization of blood sugar levels in people with diabetes and also for the long-term maintenance of blood sugar levels. Since it is fast-acting (begins to work in 15 minutes) and with a short duration (up to 5 hours) it should be supplemented with a long-acting insulin, like Humulin N for full-day blood sugar level protection.

Always follow your doctor’s directions about your dose amount and dosing schedule. Every case of diabetes is unique that’s why your schedule has been individualized specifically for you and your insulin needs. Your normal dose may be effected by changes the food you eat, your activity level, or work schedule. Other factors that may effect your dosing are pregnancy, other medications, illness, travel and exercise. Always follow your doctor’s directions carefully.

You should administer your dose within 15 minutes of the start of your meal or right after your meal (within 20 minutes). The subcutaneous (under the skin) injection sites are; the tissue of the abdomen, buttocks, thigh or upper arm. To reduce the risk of lipodystrophy remember to change or rotate your injection site between doses.

In order to get a full day’s worth of blood sugar level protection coverage it is recommended that you supplement your Humalog Insulin Lispro with an intermediate- or long-acting insulin such as Humulin N (insulin isophane [NPH]).

How to take Humalog cartridge

Humalog Insulin Lispro has a fast onset so it is recommended to be taken 15 minutes before the beginning of your meal, and if needed up to 20 minutes after the start of your meal.

Do not use Humalog cartridge if it looks cloudy, thickened, or colored even slightly, or if there are any solid particles visible. Only use it if it is a clear, and colorless solution.

Common negative effects may include:

Less common negative effects may include:

The most common side effect of all insulin products, including Insulin Lispro, is low blood sugar, known as hypoglycemia.

Symptoms of low blood sugar may include:

Injection site reactions are also commonly reported side-effects. Itching, swelling and redness can occur at the injection site, but they usually go away in several days or weeks. It may also be related to such things as impurities in your cleansing products or because of an improper injection technique, rather than the Insulin Lispro itself.

Hypokalemia which is the drop of potassium (K+) levels in the blood has also been reported with some patients. Symptoms of which may include weakness, feeling tired, constipation and leg cramps.

Do not use Humalog cartridge Insulin Lispro if your blood sugar level is too low (hypoglycemia). Once you have treated your low blood sugar, you should follow your doctor’s directions on how to use your Humalog cartridge Insulin Lispro. Your blood sugar can be affected by stress, medical procedures (like surgery), illness, exercise, drinking alcohol, or skipping meals. Never change your insulin dose or schedule without consulting your doctor beforehand.

You should never share your syringe, cartridge or injection pen with anyone even if the needle has been changed.

PolarBearMeds.com will provide the lowest price for Humalog Cartridges from Canada. We guarantee your order will be shipped from a Licensed Canada Pharmacy Online. All of our discount Insulin products are shipped fast from Canada, straight to your door. To order this insulin medication online at a cheap discount from a Canada Pharmacy please call us at 1-888-779-2193 toll-free.

All orders are shipped via XPRESS POST arriving between 3-5 business days.
(Shipping times may vary based on time of year)

Shipping costs will be added at checkout. 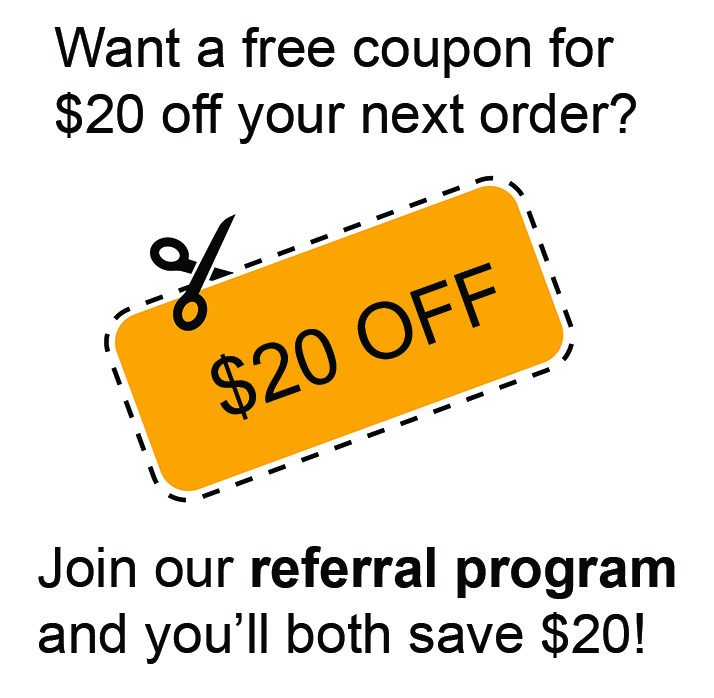 Thank you very much for your help

The customer service is outstanding. I appreciate it.

I love doing business with our Canadian

So Easy to order

It is very easy to order with them. The prices are great and the shipping is so quick. Highly Recommend them!

Anytime I call and need help, they are always there and help me in every way possible. I love working with them. Best service ever!

My first order with a Canadian pharmacy

First time ordering from this pharmacy. The entire process was so easy and the questions I did have the customer service representative was very helpful and knew what he was talking about. I felt so good having found them